This article originally appeared in a previous blog I maintained on Blogspot. At the time of writing in Fall 2007, Facebook had recently opened the Facebook Platform for application developers, and in my opinion it was the Golden Age of the platform. Since it was so new, big software companies had not yet stepped in and it was still a playground for individual developers or small teams. Some fondly recalled favorites that popped up during that time include Graffiti, Fluff Friends and Free Gifts. I recently rediscovered this article, and decided to post it; it is mostly interesting for the amazing retro screenshot of Facebook circa 2007, loaded on Firefox 2.0 for Windows XP.

The underlying assumption of that statement, of course, is that other Facebook apps are useful, but maybe this is the very attitude that Purple Square calls into question. Do your interactions with (Fluff)Friends or SuperPoke! actually mean anything? Do you really need “Free Gifts”? Didn’t Facebook work fine without them? Fundamentally, aren’t all Facebook applications just “purple squares?”

For that matter, didn’t people work fine without Facebook? This, I believe, is the essential significance of the purple square – as a commentary on the role of technology in modern America. In the end, Facebook, MySpace, and all the others, are just purple squares: distracting for the moment, but ultimately forgettable. It reminds us what it means to be human, and that real relationships should transcend electronic mediation.

Your email address will not be published. Required fields are marked * 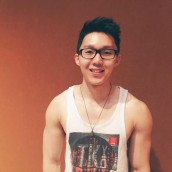